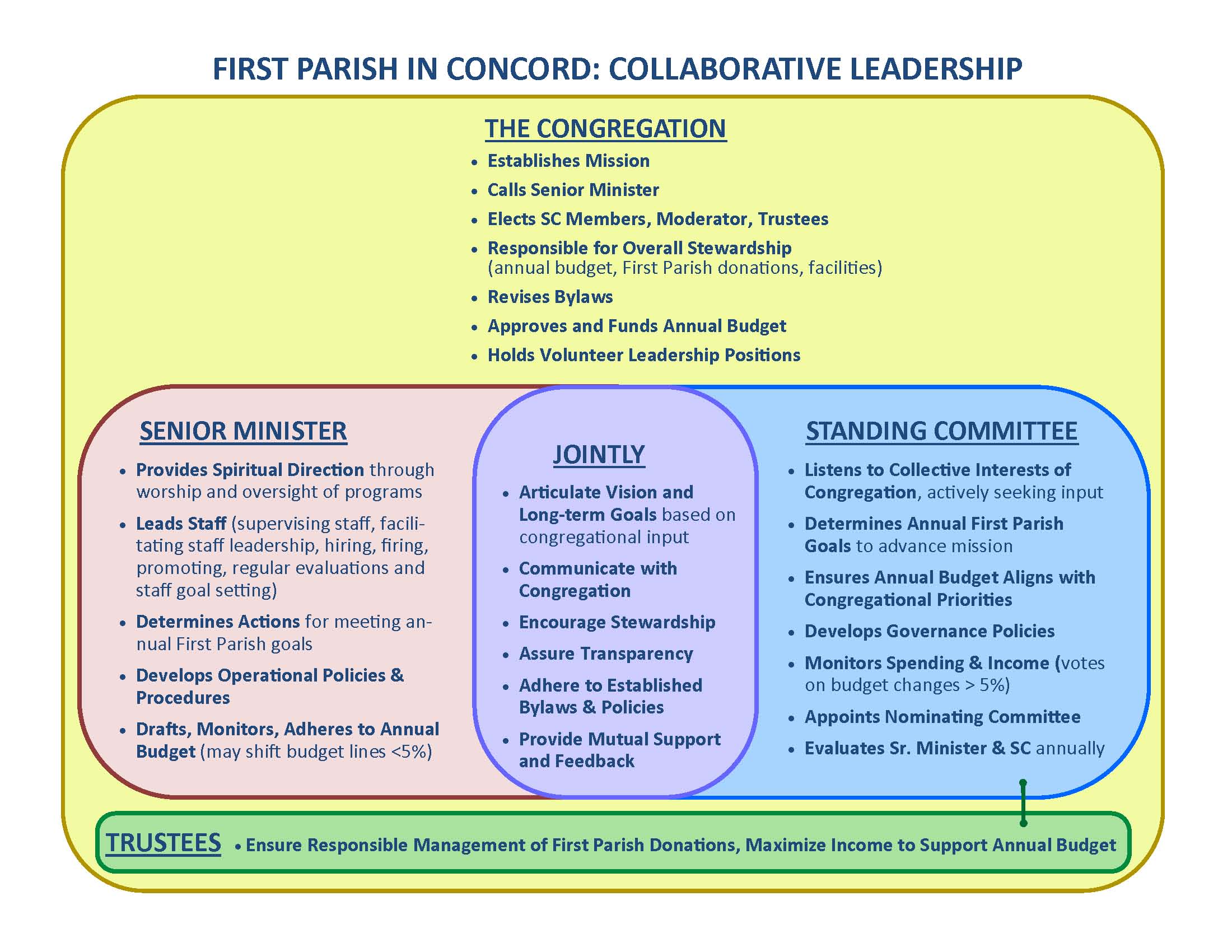 The congregation of First Parish in Concord governs itself democratically. Usually one Annual Meeting a year in June suffices to elect officers, pass a budget for the following year, and decide matters of importance.